Could all cattle in the US be completely grass fed?

This has been a case for great debate. The pro-feedlot bunch says no; the grass fed bunch says yes.

All the beef animals start at the same place (no including the dairy steers–it was surprising to me how many dairy steers there were in feedlots when I hauled cattle!). The cow-calf operation is where they all start.

Farm to fork model: cow-calf -> processor -> farmer’s market or other distribution that goes directly to consumer. 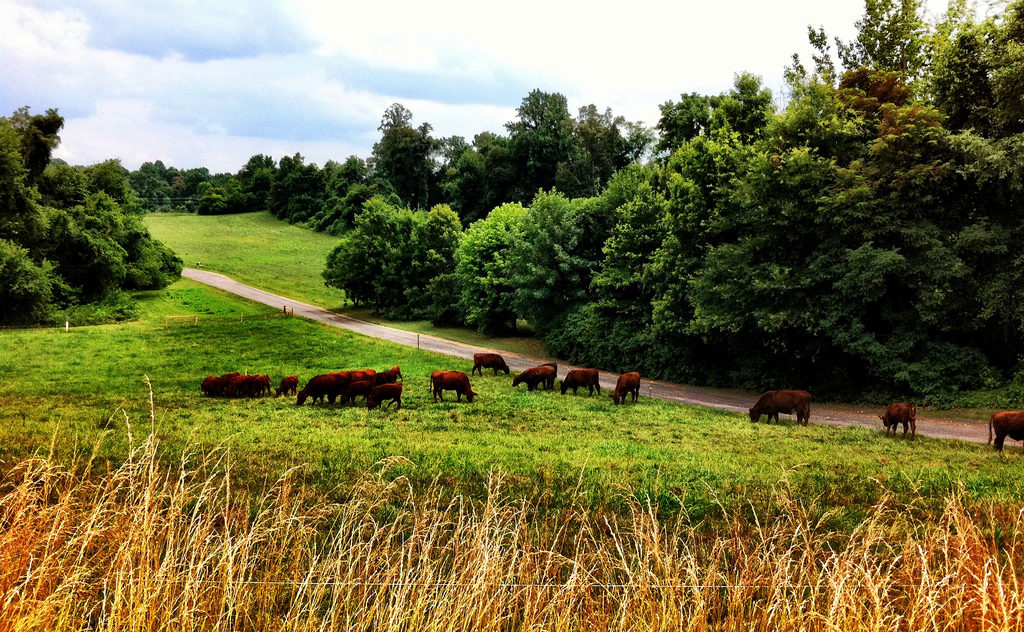 You get the idea. There are variations for the model. The question being, what if we eliminated feed lots and went with strictly grass fed beef? Is it possible? Not asking is it desirable, just if it is possible.

How would such a change affect the American beef industry? Cattle genetics? Jobs? Farming methods? … Pharmaceutical production? (Not getting into the argument here….will argue the antibiotic thing at another time).

How long would it take?

I’m not going to tackle all the possibilities, but just off the top of my head:

If the acreage used to grow produce–namely corn–in the US was converted to grass, how many cattle could be finished and harvested vs. what is currently produced?

Something to think on. If it were converted to grass and no longer produced corn, it would no longer be subsidized or eligible for crop insurance.

How much fuel would be saved, having the cattle graze instead of having the machinery harvest the feed and then hauling it to the cows? Most likely there would still be hay production, so it wouldn’t eliminate the use of fossil fuels; and cattle and beef would still have to be hauled.

So do you think it is possible? What are your thoughts about it?

4 thoughts on “Is A Completely Grass Fed Beef Model Possible in the US?”