How To Start A Farm:

Hopefully I can give some insight and share how to start a farm by sharing how we have built Cow Cow Ranch from literally nothing. This will probably end up a series of post. May I recommend signing up for notification of new posts? You can do that by clicking HERE (will open in new tab so you can come back to this post).

Getting into ranching and farming is so very capital intensive that it is basically impossible. People with that sort of money don’t want to buy a high-risk, 24/7/365, business that requires more work than they could ever imagine. To put it into perspective, a small operation, that will not support a family—probably can’t support an individual—is going to require $2-5 million dollars to start.

I use cattle in my examples because that is the enterprise we have at the moment and have built our resources for (i.e. leases to graze cattle and produce hay for cattle, instead of row crop ground for vegetables, etc.) 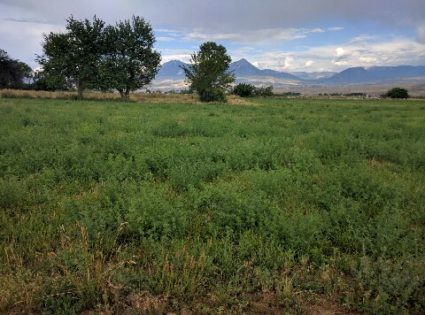 How To Start A Farm: One of the fields we have leased since 2003.

No income will be realized for at least a few months; and with a single calving season will result in about 99% of the income coming in at one time of year. Anyone that has cows recognizes this. Now, there are ways to improve cashflow, but there are limits to how much the cashflow can be spread out—two calving seasons, etc.

There are obviously numerous ways that an operation can run. Cows only, multi-species, different calving seasons, etc., etc., etc. The more complicated, the more knowledge required. There is a learning curve with everything; even experienced cattlemen have learning curves—often steep ones—when trying new methods.

I don’t want to discourage people that have never had cattle that are interested in starting an operation. Just want to have them understand fully what they are getting themselves into. Add on direct marketing, and it’s yet more time and more learning curve.

How to start a farm?

There is the saying, “Cradle, alter, or grave,” (or “Cradle, grave, or alter”) and it is oh-so-true. The saying refers to getting into agriculture. Either a person is born into an operation, marries into it, or inherits it from someone. The reason it is so true is because to begin from scratch requires an enormous amount of capital; along with time, persistence, tenacity, heartbreak, frustration, and a wealth of other emotions.

Don’t get me started on the joke that is known as FSA. I’ve wasted so much time with their so-called “help,” which ended up being no help at all. Investors want technology, quick return. People just don’t understand agriculture.

I actually had an investor ask me if we could make the cows only gestate 6 months, instead of 9! Yes, seriously. It happened.

Starting an operation from scratch is practically impossible. I’ll say it. But “practically” is not completely. Take heart.

So how to start a farm operation? Here’s how Jer started Cow Cow Ranch:

Jeramie started Cow Cow Ranch in 2003. He had purchased the worthless desert land and put a house on it in 2002. (Please read Jer’s background, he was not a first time cattleman).

He purchased the first 3 cows on credit card. He leased land and took out bank loans to buy more cows. He used calf sales to pay the loan, bootstrapping everything else with funds from his *real* job (a welder/fabricator, pretty good pay for this area). There was no money to go to eat out. He didn’t hunt anymore, he couldn’t afford to. His only interest was the cows—they took all his time, effort, energy, and money.

When I met him in early 2007, he was working 40 cows by himself, with a little paid help for a neighbor to haul water to the cows (water has to be hauled from town in a tank in the back of the truck—350 gallons at a time—to water tanks for the cows every day. Jeramie worked an hour away, so paid a lady who was already coming from town $100/mo + water costs). When I came along, I took over the cow water duties….and part of the irrigation (which I learned this year I was simply moving water then, this year I *IRRIGATED*).

We didn’t go out to the movies, go to concerts, go on typical dates. We met at the pasture to feed cows in the evening, when Jer was on his way home from work. Then we went to the house and sat at the dining room table, writing out business plans and calculating. For my birthday—April 5, 2007—Jer invited me to…. go look at the cows. Best birthday invite ever.

I also took the check to the bank and paid off the cows in 2007, a little more than a year early.

It is possible. But it’s a lot of work, a lot of time, and *a lot* of money. It’s not ideal to run on leased land, but we do not have another option at this time; we cannot afford to purchase land here. We looked at purchasing a place a few years ago. $4 million for a place that ran 237 cows.

Put a pencil to that. I’ll save you the time: It doesn’t work. (To add to it, the property itself didn’t support the 237 cows, it came with a forest permit and cows had to be trucked or trailed to and from the permit, 20+ miles, twice a year.) That property is the largest I’ve ever seen available in our area—I have lived here on and off since 1991; from 2003 on, I’ve been watching real estate.

How to start a farm operation?

The only real option for a beginning operation (unless someone wins the lottery, is a retiring couple [looking for another full time+ job], or just has so much money they don’t know what else to do with themselves [but will quickly learn and want to do something else]), the only real option is to lease land. This still takes cash (lessors want their cash upfront).

There are a lot of drawbacks to leasing land. You can’t just run the way you want all the time; the landowner has a say in what can or can’t be done.

Like one of the leases we signed last year, the landowner doesn’t want animals on it until after the irrigation water goes off. That means until September 15, no animals can be put on it, even though I could have pastured it and taken the cows off—while water was running on another field—and then put water back on, saving $500 in custom haying costs (which resulted in only 11 or 12 large round bales).

I’m going to talk to the landowner about next summer, if we take the lease, but he was pretty adamant about no animals on it until irrigation water was off completely.

I wanted to put some chickens out with our herd of cows when they were on another lease we have. I thought the cows would draw in bugs, chickens could eat the bugs; cows get pest relief, chickens get fed. Never got to try it. Landowner didn’t want any fowl on the place. Turns out turkeys would probably be a better option for my purpose, but doesn’t matter, turkeys count as “landowner doesn’t want on the place.”

They are different ages, too, which can make a big difference in how they look at things. One of our landowners is 85 years old. It didn’t seem like a thing until we thought about a long-term lease. Seriously, is the landowner going to sign a 10 year lease? He’s at a different place in life from the 50-year-old single lady that realized she couldn’t care for 12 acres by herself, nor did she want to.

One of the places, the cows got out this year in the middle of the night onto the highway. Literally the property borders the highway. The couple is an older couple and they just couldn’t handle the stress—not that I blame them. They said we were welcome to take hay off, but no animals allowed on the place. The drawback is that there is only about an acre of ground that hay can be taken from. Everything else is only able to be grazed. And back struggling for summer pasture we go…

Leasing land is the only way for many operations to start. And it can be—read as usually is— *really* hard and a long road to get to a point where land can be purchased. It can be done. Cody Holmes has proven that. But he also leased land—and was the one to point out that in order to run an operation properly, the land must be owned by the operator, not leased.

Cody’s book is a must read for anyone considering starting a farm and for those that are already in the business. Click here or on the image below to buy the book. 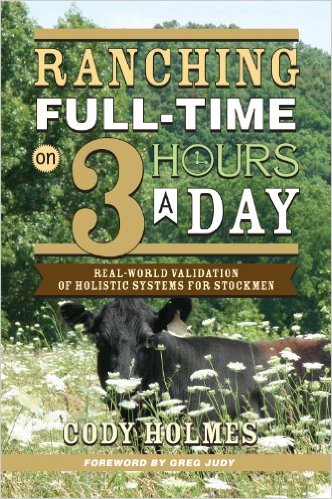 How To Start A Farm

Here is good bit of information on different cattle breeds. If the link doesn’t work, the address is https://insteading.com/blog/cattle-breeds/

How to start a farm? It’s a long, difficult road.

As of 2020, we are still leasing everything except the dry lot land our house is on; the bank still owns it and is nice enough—if you want to call it that, sometimes I wish they would just take it!—to let us use it. There is no light at the end of the tunnel. Well, there could be a glimmer, but you know what they say about counting chickens before they hatch…